[typography font=”Cantarell” size=”22″ size_format=”px”]The question posed by a family member “when will you be done nursing?” was shortly followed by “when is he going to be out of diapers?” [/typography]

and I didn’t have answers to either one of those questions.  With my first son the weaning came first because I was pregnant again and gently led him to that decision over the span of a few months because the pain was increasing.  Since he weaned fairly early at 18 months I never considered I would nurse past potty training because that event was so far off for us.

This time things are different.  I’ve gone past 18 months with Everett, then we hit the two year milestone… that is when I started thinking “Am I going to be nursing a ‘child’ wearing underwear?”  The thought is a bit uncomfortable and certainly a foreign one to myself and most Americans.  I’ve only seen babies wearing diapers at the breast.  Nowhere except the sensationalized Time cover have I seen what is obviously a child capable of using the toilet on his own still who was still nursing.  Photos and real life don’t often reveal what happens in our homes when our babies turn into toddlers, and even *gasp* preschoolers who are still breastfeeding.  The topic is taboo and quite frankly, children of this age aren’t nursed in public because their needs are not all nutritional.  The comfort and peace of nursing is just as important, if not more, than the nutrition of breast milk; they can eat and drink at the table and don’t need the milk to feed their hunger.  I haven’t nursed in public for probably a year, although I have nursed at other places than my home, including when staying with family.  I knew what they were thinking… that he should have weaned by now… but this time they kept quiet.

As for potty training… we have hit several bumps on that road.  Each time I started our diaper free adventure (I like the 3 Day-Method) Ev would get sick and we would have to stop.  Without comparing children (which parents always do…) I knew that my first son was already trained by now and had been for a few months so the expectation has been that we would already be done with that phase of life.

[typography font=”Cantarell” size=”21″ size_format=”px”]So here we are. The question has been answered- “Would Everett wean or potty train first?”  [/typography] 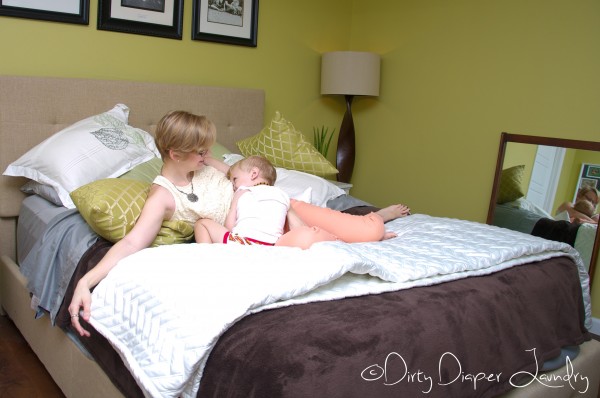 Everett is officially out of diapers and the nursing is going strong with no end in sight. I am so thankful to have come this far because, as some of you may recall, Everett was very ill for over a week and breast milk was about all he was getting and nursing was one of the new things that could calm him down during what was obviously a painful experience.

The potty training thing has been in the works for months, but again, he has suffered from the flu, two bouts of a stomach virus, and then his Strep/Cat Scratch Fever/ HSP so each time I would begin the process he would suddenly fall ill. For a while I was suspicious that he was getting sick on purpose to get out of it! I expected the blessed event to be much more difficult and involved. Instead, he practically potty trained himself. After being shown the potty once and getting the “song and dance” that befits such an occasion, he was on track to continue each time he needed to go. He has had a few accidents but we are only using diapers at night- even his naps and outings are dry now! 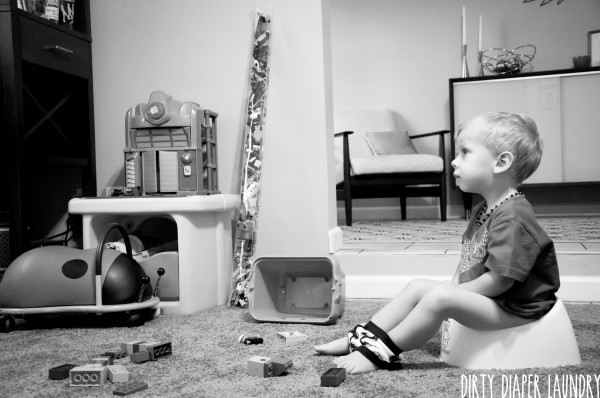 Now what? I don’t have plans for weaning quite yet. Everett still seems like such a baby to me despite him now wearing tiny little underwear. He is the reason we keep going, even though I love our nursing time together, he is holding all the cards here.  I used to say I couldn’t breastfeed a baby once they got teeth (before actually becoming a parent), then it was “when they are old enough to ask for it” (a gem passed down from family), and now I have stopped having any expectations. We will be done when we are done.

I enjoy sharing our breastfeeding journey here on the blog because I know how many mothers need to see it. Please be respectful of our family and, if you have nothing nice to say, say nothing at all.