The little baby who tested out cloth diapers back when this website first started is now a Kindergartener with two missing teeth!  He can read, write, beat me at Mario Cart, and has his own sparkling personality.  I used to think that this day would never come.  Not because I doubted he would make it that long (though can I get a high five for keeping a human being alive for 6 years?!  Parenting is hard yo) but because the days were looooooooong.  In his infancy my nipples didn’t think we would make it to say 5.  6 years seemed like an eternity away and yet here we are. This kid makes everything better- he’s my comic relief, my helper, and my new gaming buddy.

This year I have been doing even more of a juggling act than usual near his birthday and so I didn’t get to put the time into his video as much as I had hoped.  Though it’s a little plainer than usual it still captures our year and the milestones that never make it into a baby book.   We didn’t have the time to plan a party for him so we did one at Chuck E Cheese for the first time.  He loved every bit of it!  After the party we ran home, packed our bags, and drove from FL to GA for the night on our way to NC for Thanksgiving. In the hotel lobby a wonderful, bubbly woman started a conversation with him. Her told her it was his birthday and she exclaimed “I gotta get you a gift!” then started rummaging in her purse. She handed him two dollars and his face lit up with excitement. That pretty much sums up Fletcher… he is charming and makes friends everywhere he goes. 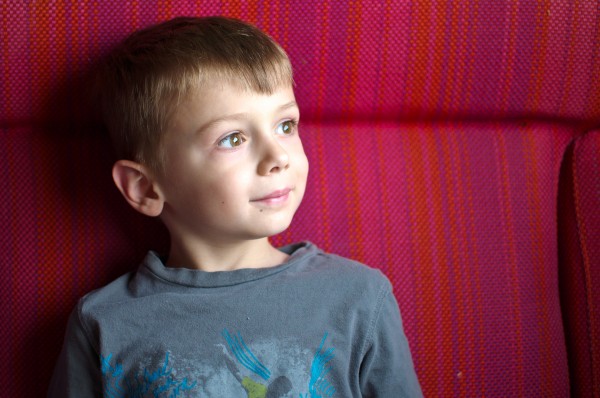 Written By
Kim Rosas
More from Kim Rosas
I am sad to say the time has come.  My toddler is...
Read More